Some Records of Sir Garry Sobers

Sir Garry Sobers is considered to be one of the greatest batsmen after Sir Don Bradman and the greatest All Rounder of all time. He was born on 28 July 1936  at Barbados. Having made his Test Debut at a very young age of less than 18 in 1954, he went on to pile up many world records to his name in all departments of the game - Batting, Bowling and Fielding.

Following are all Records of Sir Garry Sobers Sobers - One of the greatest cricketers of all time

All Records of Sir Garry Sobers

More Stats
Posted by Unknown at 07:40 No comments: Links to this post 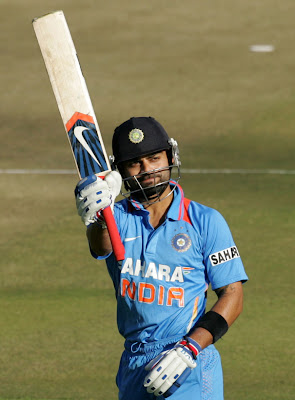 More Stats
Posted by Unknown at 08:04 No comments: Links to this post

India and Zimbabwe are set to play a 5 match ODI series in Zimbabwe from 24th July 2013 - 3rd August 2013. Last time when India toured Zimbabwe, they lost both their matches to Zimbabwe. This was not the only loss for India against Zimbabwe. Infact India have lost 10 ODIs so far to Zimbabwe. Zimbabwe have surprised India at many occasions, in India and at neutral venues too.

More Stats
Posted by Unknown at 00:45 No comments: Links to this post

Some Records of Graham Gooch

Graham Gooch celebrating his 60th Birthday on 23rd July 2013 is one of the finest batsman England ever produced. He made his test debut in 1975 went on to become a legend in all formats of the game. He played International cricket till age of 41. 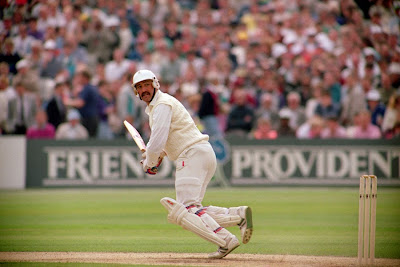 Some Records of Graham Gooch

More Stats
Posted by Unknown at 03:48 No comments: Links to this post

Sri Lanka and South Africa were all set to play the first ODI of the 5 match series at R.Premadasa Stadium, Colombo. Both teams were playing their games after the ICC Champions Trophy 2013. South Africa won the toss and invited Lankans to bat. Sri Lanka managed to score 320/5 in 50 overs thanks to Sangakkara's excellent 169. South Africa could score only 140 runs in reply and lost the first ODI by 180 runs!

Statistical Highlights of the Match
# This was the 52nd ODI between Sri Lanka and South Africa and 12th in Lanka.
# R.Premadasa Stadium was hosting its 109th ODI match.
# South Africa were playing their first ODI in Sri Lanka after 9 years. They played their last ODI here on 31 August 2004.
# Except Duminy and Robin Peterson everyone else were playing their first match in Lanka. Steyn and Amla missed this match.
# Dinesh Chandimal became the youngest ODI captain for Sri Lanka.

More Stats
Posted by Unknown at 02:18 No comments: Links to this post

MS Dhoni finishing an ODI for India with a Six

Mahendra Singh Dhoni after missing 3 games in the Tri Series in West Indies played the final against Sri Lanka. And his presence made all the difference to India as he won another ODI for India with his batting while chasing. As in 2011 World Cup Final against Sri Lanka, he hit a six to finish the game for India and hence India won the Tri Series in West Indies.

More Stats
Posted by Unknown at 08:10 No comments: 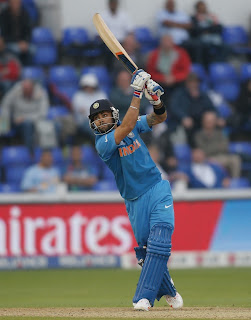